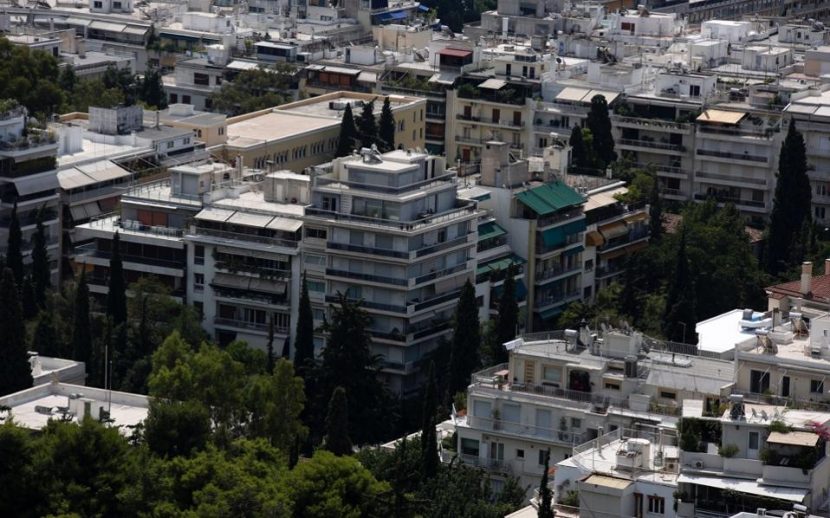 “House Hunters International” is a popular American reality TV series that also airs around the world, including in Greece, on pay television. Each episode follows the efforts of individuals and families from different parts of the world to find the right home in the new city they have chosen to live, either because of work or because they are looking for a radical lifestyle change. This may be a seaside resort in southern France, the commercial center of Brussels or Rome, the capital of an exotic Pacific island or a small town in the US Midwest.

Athens has featured on the show twice and on both occasions one of the people looking for a new home was Greek. Given developments in the local real estate market, however, something tells us that the Greek capital may soon be getting a bigger chunk of airtime.

The combination of falling property prices as a consequence of the crisis and a rather successful rebranding of Athens has transformed the image of the Greek capital from that of a pollution- and traffic-choked metropolis to a city that is modern and boasts a long and lustrous history, putting it back on the world map of enviable places to live.

“Over the past few years we have seen a rise in demand from foreigners wanting to purchase a home in Athens, and particularly in the historic center: Thiseio, Plaka, Monastiraki, the Acropolis neighborhood and Kolonaki,” says Vassilis Axarlis, owner of the Ellika real estate agency, which specializes in listings in these areas.

According to Axarlis, non-Greeks account for 30 percent of his firm’s annual sales transactions when, “just a few years ago, [foreign] interest was nil.” He adds that the greatest interest has been shown by Europeans (mainly Germans, Italians and French), Americans, and, to a lesser degree, Arabs. He adds that he has spoken to Chinese house hunters, though they usually want to live in Athens’s southern coastal suburbs.

Axarlis says that the interest of potential American and Arab buyers is intrinsically connected to Greece’s position in the Schengen visa-free travel zone. “By buying a property [in Greece] non-European citizens are granted a five-year residence permit and this is an important motivation,” he explains. “What they are mainly interested in is being able to travel around Europe without needing a visa.”

Europeans, on the other hand, see Athens as a golden opportunity for a low-cost investment, he says.

Prices in the Athens real estate market have plummeted by an average of 40-50 percent since the start of the crisis, experts estimate. Other than attracting foreign interest, this has also benefited Greeks who want to buy a home of their own as they can now do so with much less money than before (although problems associated with the crisis mean this is generally easier said than done).

These developments have resulted in a stabilization of the real estate market – following a deep slump because of the crisis in the economy and the near-standstill in the construction sector – though nothing close to a rebound. The biggest problem, according to experts, is the reluctance of owners to sell for a lower price and hesitation over the fact that even if they do agree to sell, the money will be trapped in their bank accounts due to the capital controls.

“It is difficult for sellers to come to terms emotionally with the current value of their property,” says Axarlis. “Most properties are mortgaged by banks at a much higher price than that of the current market. In other words, people have properties with a much lower value than what they borrowed against. This makes sales incredibly difficult and the market today is active thanks to those who realize that they have to sell at the current rates as there’s no indication of an increase in the foreseeable future.”

According to data from the Bank of Greece, 80 percent of property transactions today are cash only, with just 20 percent relying on bank loans. Experts say that easy borrowing before the crisis had led to a price bubble and serious market distortions.

Up until a few years ago, foreigners’ interest in Greek property was limited almost exclusive to holiday homes. According to data from the Hellenic Association of Realtors (published in February 2015 and concerning transactions for 2014), foreign buyers accounted for 60 percent of transactions in the holiday home market, with the greatest demand coming from Europeans. In the overall market, Greeks represented 72.7 percent of buyers, with the rest represented equally by European Union and third-country citizens. While interest in the Greek islands remains strong, foreign buyers are starting to take a closer look at the capital. Just like locals, 85 percent of Europeans see price as the top motivation for purchasing a home and the drop in rates has meant that they are now able to look at neighborhoods that were once viewed as off limits, such as those in Athens’s historic center.

The association’s study also found that the vast majority of Europeans make purchases of up to 250,000 euros, with just 2.5 percent shelling out up to 500,000 euros, though one in 10 appears to be investing in properties that are valued at above that amount under current rates.